TOP FM also won the first prize for the online category. Being the winner, TOP FM received a trophy offered by Transparency Mauritius as well as a return ticket to Rodrigues offered by Air Mauritius and a stay at the Tekoma Hoteloffered by the Trimetys Group.

“It is a great honour for TOP FM and TOP TV and we are very proud of this award that recognizes the work that we do. We are very glad that ‘Nous sommes tous Iqbal’ was awarded and we wish to thank Transparency Mauritius for their work and for encouraging investigative journalism through this award annually,” said Balkrishna Kaunhye, CEO of TOP FM.

“Each report and investigation we did at TOP FM is to contribute to the progress of Mauritius. I dedicate this award to patriotism,” said Joel Marianne.

A special mention from the Jury was awarded to Herrsha Boodhun of BIZweek for her investigation on the ENL Group. 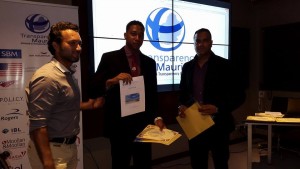 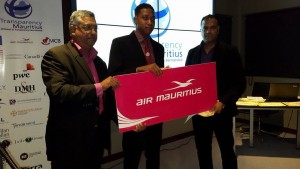